Music Review of KILL by CANTOY from Japan 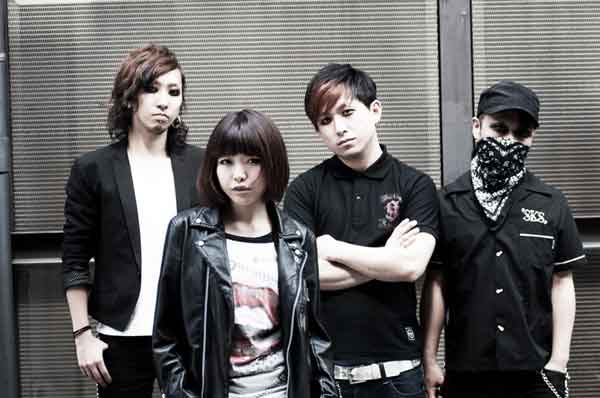 Some CANTOY related trivia … when she is not working with the rest of the band, lead vocalist miri-pow is also a fashion model, lead guitarist Catherine is actually a guy and the whole band really likes beer, CANTOY really likes beer so much that they write songs about how much they really like beer.

A dance remix could be dangerous!

1. SAMURAI GIRL, time … 3:59
Most likely destined to be on an anime soundtrack! This is a fun fast romp, a pop-punk number with plenty of mainstream appeal. miri-pow vocals show depth and range … from lithe to raging! The male vocals are cartoon-ish and obviously meant to be so but the samurai girl refrain is catchy.

2. TENKAIPPIN, time … 3:39
A hard-to-resist tune with happy rap-ish vocals and metal bass.
However a tad too long, the 3:00 add-on is unnecessary, just background noise and woops.

5. PLAY DEAD, time … 3:07
Pacing is sporadically frantic, but the tune is definitely worth checking out.
Defiant miri-pow vocals kick it up a notch at 1:43.

8. NEW WORLD, time … 3:49
The simple straightforward lyric, “Welcome to my new world!” is welcomed indeed. A gentle opening interlude quickly gives way to old school rap and pop thunder. At 2:44 the track effortlessly transitions to funk with enthusiasm. It wraps up as high grade ear candy.

The Takeaway:
RiceburnerFM recommends KILL by CANTOY. Stand out tracks on KILL are New World, Alcoholic People and Samurai Girl. All of which offer some tantalizing glimpses on possible new musical directions for CANTOY in the future, also these tracks in particular just plain rock!