Who The Bitch … Their First English Interview! 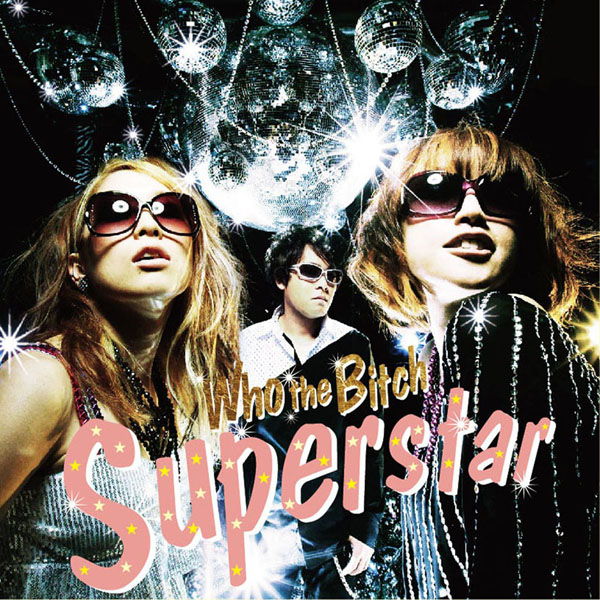 Who The Bitch: SUPERSTARS!

Who the Bitch is a female fronted Japanese trio. Their members are ehi on vocals and guitar, Nao Star on vocals and bass and the sole male is yatch the drummer. ehi and Nao Star are from Osaka, where they each played in separate bands. yatch is from Chiba and played in Das Boot. They met in a Tokyo rehearsal studio in 2005. At first they were just playing around, mixing garage and punk. They wound up creating both their own exciting sound and a flashy stage presence.

Who the Bitch answered RiceburnerFm’s emailed questions with some help from Shinji Ogura.

RiceburnerFM: When did you realize that you had something special with Who The Bitch? Did everyone in the band come to that realization at the same time?

Who The Bitch: We felt something special with this band after our first gig. We’re making an effort not to forget our initial impulse.

RiceburnerFM: Your new release is Superstar. Compare it to your earlier work, how has your music evolved?

Who The Bitch: In fact, Superstar is an early work. It is the core of this band.

RiceburnerFM: Talk about your creative process. Who does what? Who has the final say?

Who The Bitch: ehi makes melody. ehi and NAO make lyrics. yatch makes the drums, bass refrain and loops, sometimes he arranges the songs. In most of the cases, the songs are judged by all of the members.

RiceburnerFM: Describe each of your band mates in one word.

ehi thinks NAO is: A hooligan.
ehi thinks yatch is: A drummer who has a girl’s mind.

NAO thinks ehi is: A genius !! (as a melody-maker)
NAO thinks yatch is: An Idea man?

“We are Bitches. There is no obstacle.”

RiceburnerFM: Talk about Who The Bitch’s colorful and glamorous look. At your live shows, is your audience dressing like you yet?

Who The Bitch: By all means, we wear sunglasses on the first half of the show and on most of shows, we wear fishnet tights. (In regards to their audience dressing up like them) Not enough yet. We are up for it!!

RiceburnerFM: What do you do when you are not performing? Do you still hang out with each other or do you need sometime apart?

Who The Bitch: Mostly apart.

RiceburnerFM: There is no shortage of corporate sponsored groups in the music industry. These groups are developed and marketed, almost manufactured to be the “next big thing”. How does Who The Bitch overcome that obstacle to reach music consumers and get your share of the marketplace?

Who The Bitch: We are Bitches. There is no obstacle.

RiceburnerFM: Many Japanese movies get remade in the U.S.A., if Who The Bitch were a movie, what would the American version be?

RiceburnerFM: As music fans yourselves, what is your favorite love song?

RiceburnerFM: What do you say to a potential fan who wants to buy Who The Bitch’s music?

Who The Bitch: If music is on your mind, just enjoy it !!

RiceburnerFM: Are there any plans for a US tour soon?

Who The Bitch: Not yet now, but we desire it earnestly! Always fun to watch. Some screen shots from Who The Bitch’s uStream on December 1st, which included ehi’s Vader impersonation (see the last one). 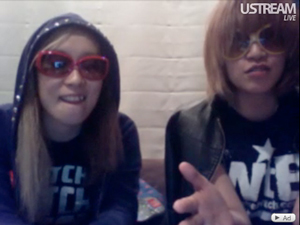 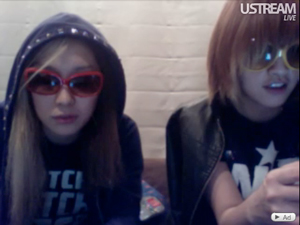 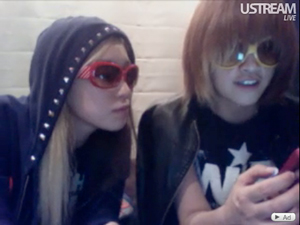 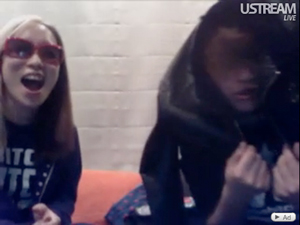 One thought on “Who The Bitch … Their First English Interview!”