Music Review of Blossom by Rampant from Japan

Blossom means to “mature in a promising way”, an appropriate title then for the second mini album by the female fronted Japanese band, Rampant. Blossom is a big leap forward for Rampant from their debut album Choice of Life. This mini album’s juxtaposition of Rampant’s raw energy combined with slick production helps the band to break free from the label “Japanese Evanescence” once and for all.

Rampant stays true to what made them such a popular act in their native land. That is their rich layered, spellbinding soundscapes featuring lead singer Hiroko’s signature sing-scream vocals, an engaging mixture of Japanese and English lyrics, some brash nu metal thunder and solid musical craftsmanship. Now though Rampant’s sound and skills are both noticeably more defined and developed.

Some thoughts on their second mini album:

1. NAKED, 4:41
Best of the lot. Some subtle talking under the music. Quick pace. This is the song you want to recommend when you introduce Rampant to your friends.

3. My winding road to unknown, 4:22
Heavy / nu metal intro. Then more melodic than the rest of the tunes, getting closer to pop by the end of this number.

4. WHITE FLOWER, 6:00
More emotional range in the vocals than the other tracks, but way too long.

5. IF I AIN’T GOT YOU, 4:53
Eclectic. Great riffs / guitar work, solid beat, interesting contrast of a whispered voice and clear 70s-ish rock vocals (think Heart), but wanders off towards the end.

The Takeaway:
RiceburnerFM recommends Blossom by Rampant. It is another bold release from this exciting band that is just beginning to bloom. 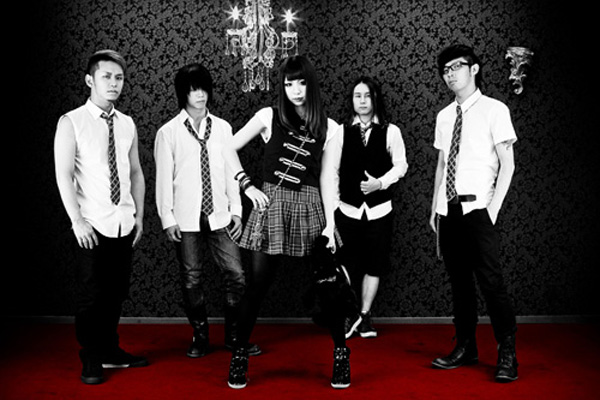