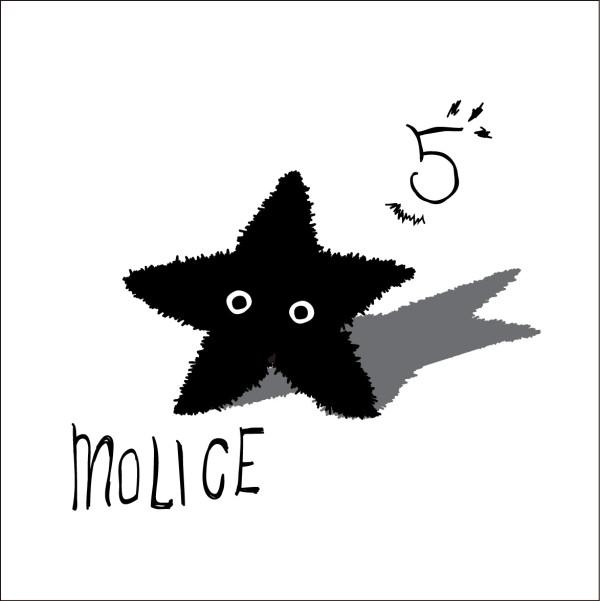 “A fivepointed star! That’s how my heart is shaped
That’s how it suits me very fine”
-Rinko from Molice, on the subject of the album cover which she created.

The fifth album from the talented Japanese indie band Molice is simply and appropriately entitled ‘5’. Their line up has changed a several times now since they formed in Japan in 2007, the current incarnation of Molice is:
Rinko … Vocals and Rhythm Guitar
Yuzuru Takeda … Guitar
Hirofumi “Paro” Katsumoto … Drums

Over the lifecycle of a band, bandmates tend to move on and the band’s sound usually adapts, hopefully their sound evolves. So it is with Molice’s latest music. Their album ‘5’ was produced by Molice at their US label, Good Charamel with Robby Takac of the Goo Goo Dolls. The album respects Molice’s established musical formula, which includes but by no means is limited to, a complex and compelling soundscape, a sprinkle of English with the occasional hint of melancholy. However ‘5’ also gives a glimpse of Molice’s future as Rinko vocals have matured greatly.

1- ‘5’ Time: 3:55
A brash kick off to this track and the album itself, listen for ‘hmm’ at 3:02, multi-layered vocals and great guitar and drum work. Banging from start to finish.

2- KIRA-KIRA Time: 4:21
A faster pace than other tracks, inline with Molice’s earlier music, haunting refrain ‘straight away’, a little long as the outro fizzes.

3- Blue Time: 3:56
Opens with an echo of ‘headphones’ from their first album Doctor Ray, a pleading appeal ‘listen to my heart’, some hand clapping and a take-it-down-real-low ending.

Molice declare themselves to be a sci-fi inspired band

5- HA-LO Time: 5:27
Molice declare themselves to be a sci-fi inspired band and science fiction continues to be an influence on Molice as this dramatic track has an eerie sci-fi-esque opening and spacey power down sound effect outro. Rinko’s impressive vocal range is highlighted in this lush but lengthy audio adventure.

6- Vision of Summer Time: 3:30
Upbeat and peppy with the aforementioned hint of melancholy, which hits in the middle of this track and appears again at the end to wrap up the tune.

7- Bring on The Night (US limited) Time: 5:01
This number is a respectful homage but a poppier version of the classic song from Molice’s partial namesake the Police. 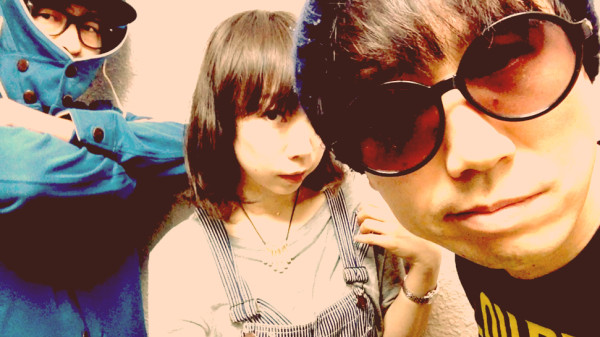 FYI RiceburnerFM was sent audio and pictures files by the band for review.