Emi Kusano, the singer of the band Satellite Young releases her first solo single & MV “Glass Ceiling” under the name of Emi Satellite 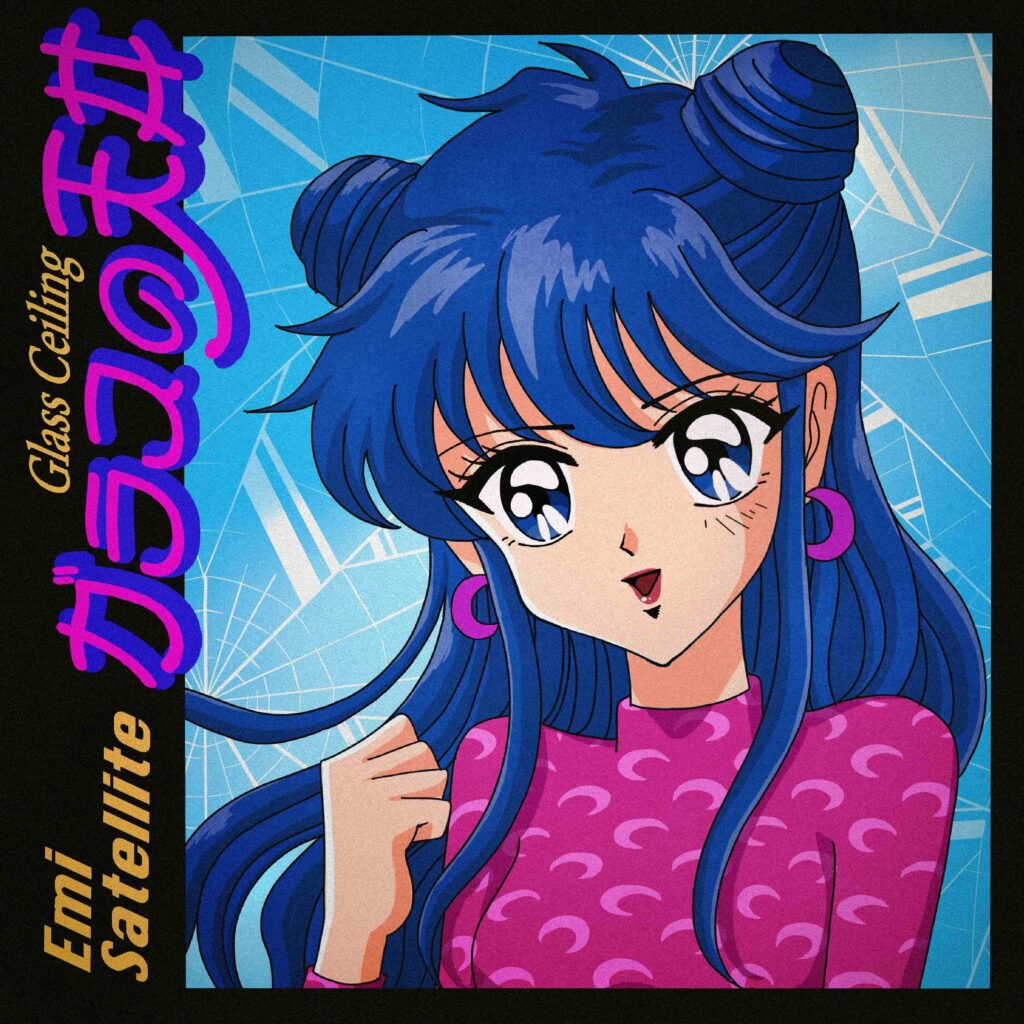 Emi, the singer of Satellite Young, has launched her solo project as Emi Satellite,
and will release her first single “Glass Ceiling” on October 14th (Wed) (JST 10: 00 pm ~). 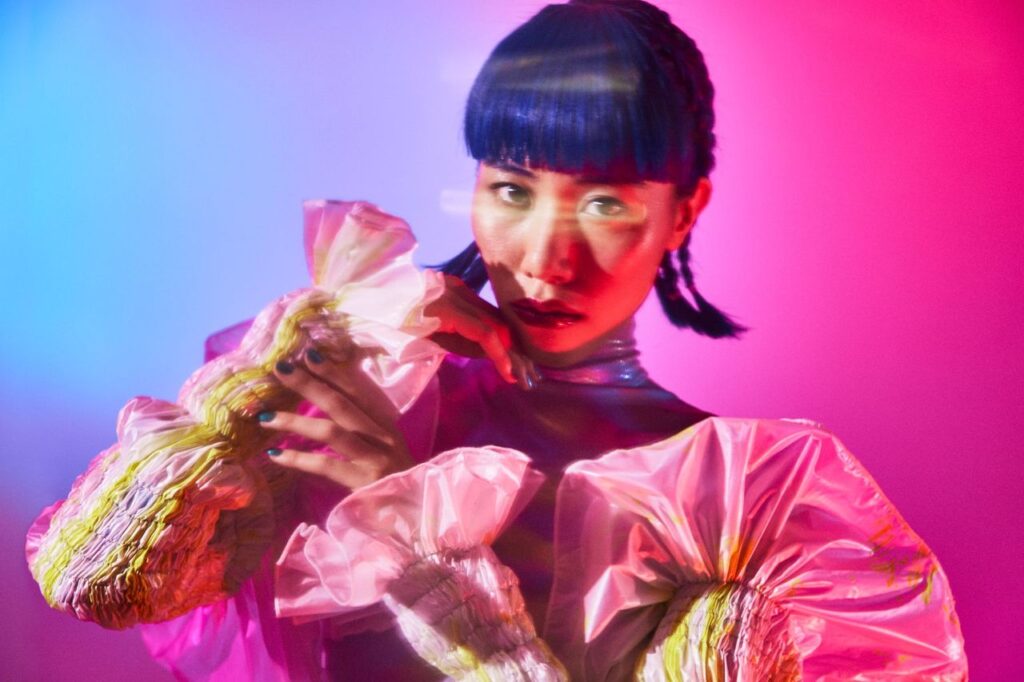 “Glass Ceiling”[*1] is a female empowerment song. This song was written with sympathy for the hardship women face in modern society, something that Emi Satellite has also personally experienced.

Based on the preview of “Kim Ji Young, born in 1982” (released in Japan on October 09), this song portrays the feeling of women in East Asia (including Japan) where the gender gap remains wide. The lyrics are also inspired by what Emi felt during her student life, working life, and as a mother raising a child.

The song is produced by the London-born music producer SKYTOPIA. While inheriting elements of synthwave that defines Satellite Young, he has also incorporated elements of future bass and trap in the track, creating a contemporary and yet nostalgic vibe. 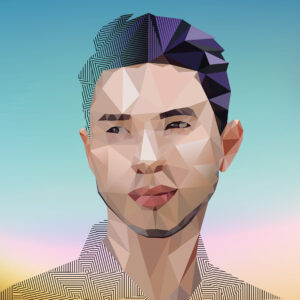 SKYTOPIA
London-born, Tokyo-based producer exploring the boundaries between dreams and reality, referencing musical styles such as future bass, afrobeat, and Latin music. An ex-member of Kero Kero Bonito, 2020 saw SKYTOPIA raise his profile through a series of collabs with Japanese electronic acts, such as Frasco, MARMELO, and Genick. His single “Concretopia (feat. Miduki Shinoda)” released in the summer, dealt with the themes of redevelopment and gentrification in Tokyo and was featured on Electropolis, the official Spotify playlists for notable Japanese dance music producers, further cementing his position in the scene.

[* 1] “Glass ceiling” is a metaphorical phrase used to express the unfair conditions that a person worthy of promotion in an organization faces, due to his/her gender, race, or any other factors. It portrays an “invisible ceiling” that hinders his/her career path. Eliminating this is viewed as an important step in achieving equality.

About the Music Video

Video director Ayaka Ohira is in charge of the single artwork and animation.

This MV is a homage to the NES era gal game (Bishojo game) [* 2]. Feminism is expressed by deliberately parodying and sublimating products that consume femininity.

This idea was completed with the idea of using Mr. Ohira’s gal game as a motif and with the addition of Emi’s idea of “let’s make a gal game in which a woman who doesn’t flirt plays a leading role.” Characters modeled after real Emi friends will appear in the video. 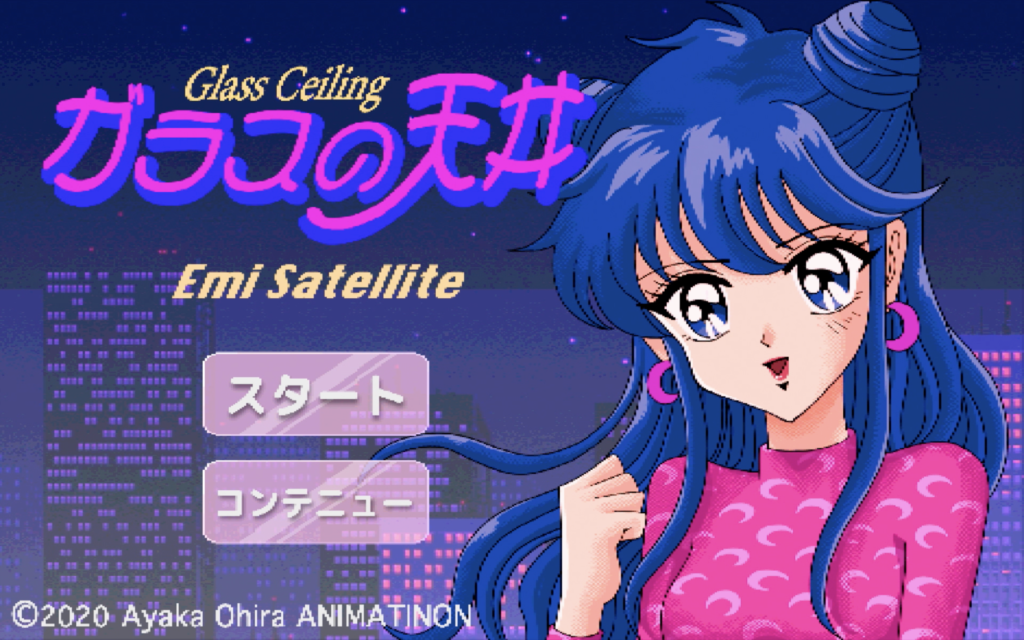 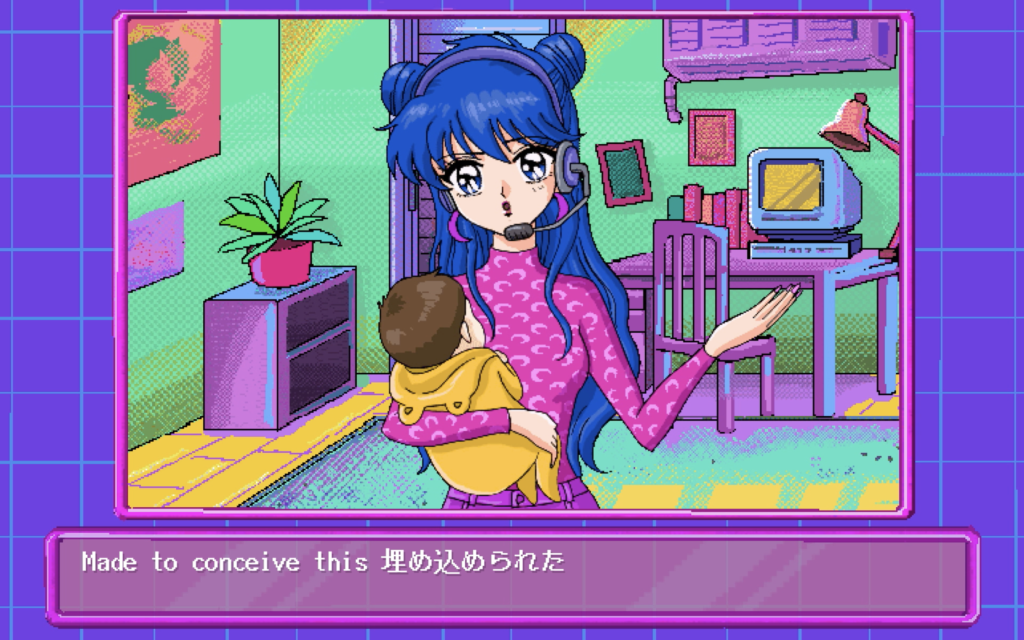 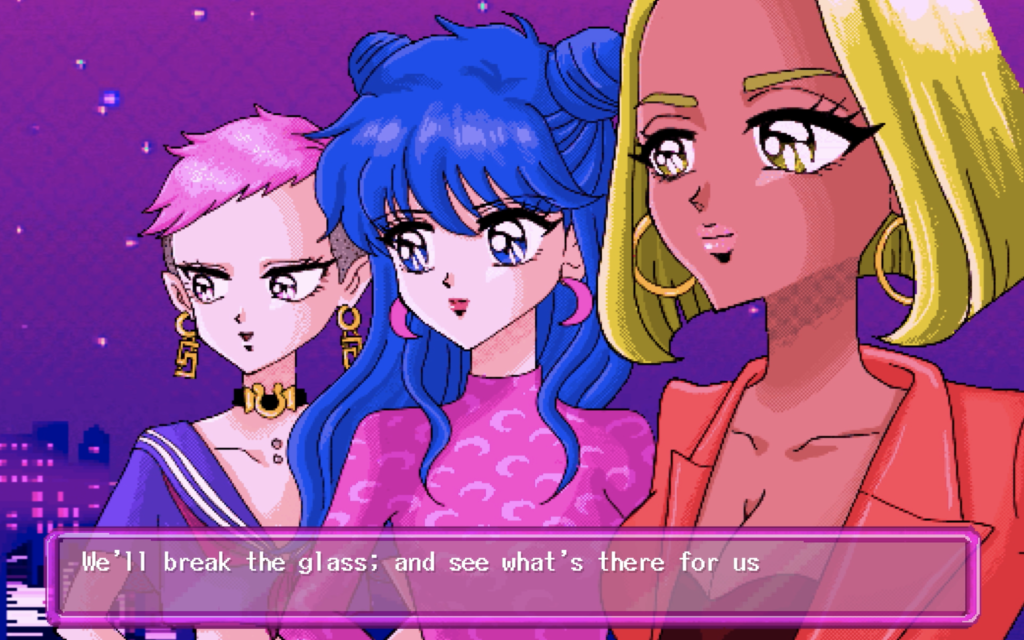 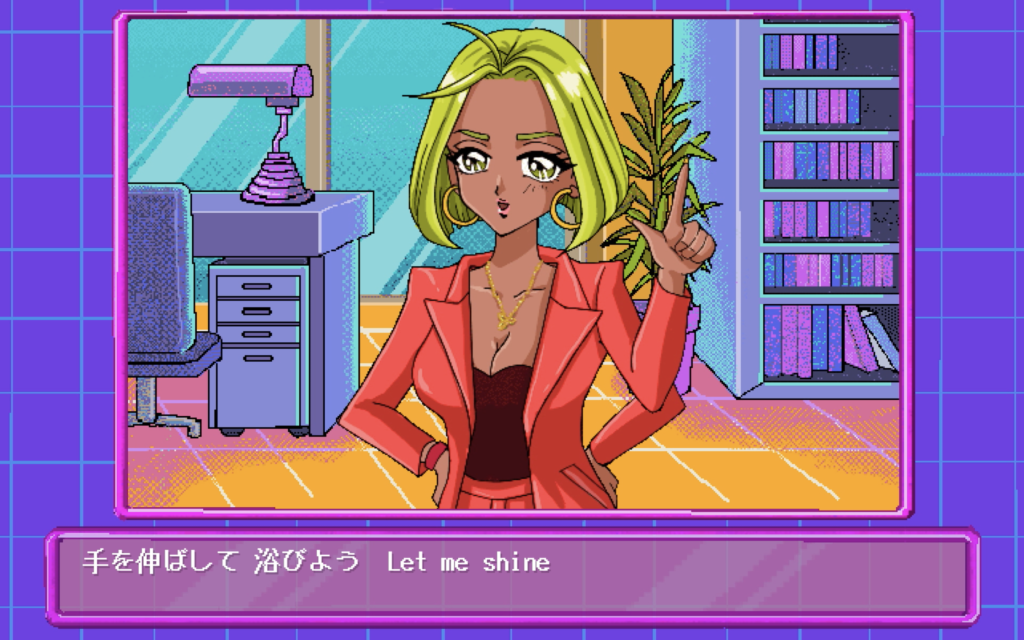 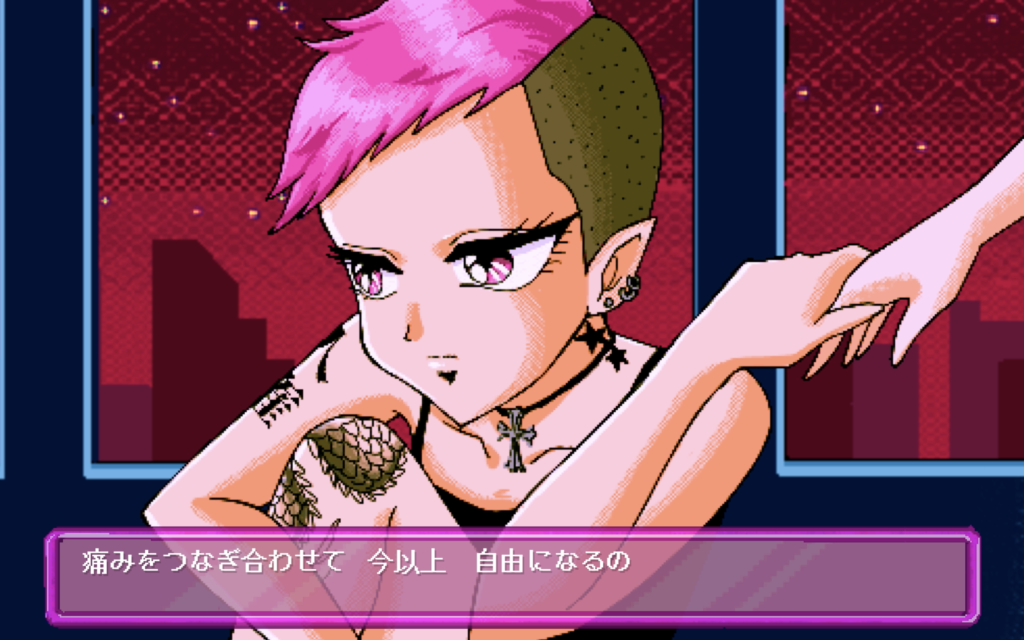 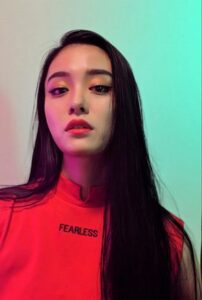 Ayaka Ohira
Video Director / Animator / VJ
Worked on artwork and music videos for m-flo, Badhop, Kyohei Sakaguchi, etc. Produce music videos and commercials with a style that combines live-action and animation and a cell-style animation with a Showa touch.

[* 2] Gal game is a popular name for a game with the theme of romance with a two-dimensional attractive woman, which appeared with the development of computer technology from the 1980s. 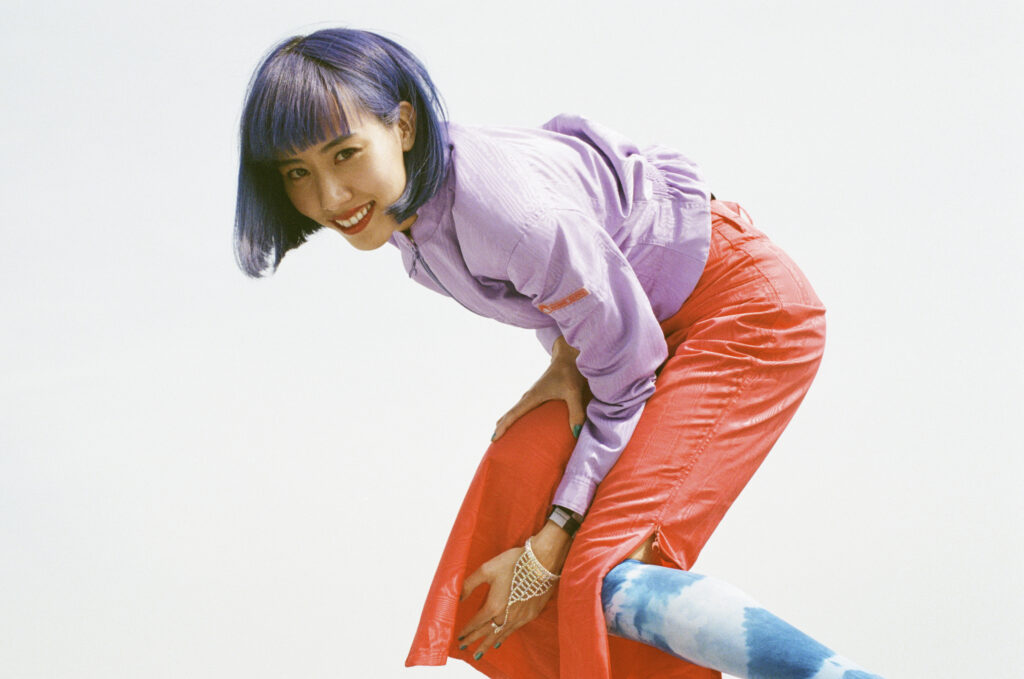 Satellite Young and Emi Satellite (Emi Kusano)
Satellite Young is a “J-Synthwave Unit” that sings the modern digital society. They have been working on the concept of evolving Japanese idol song sounds of the ’80s and ’90s into universal music that transcends time and space. In 2017 they performed on “SXSW”. The song has also been used in the commercial of Adobe’s “Premiere Rush CC” currently being aired, and Emi is also appearing.

Emi (= Emi Kusano), who handles singing, songwriting, concept work, and MV direction, has expanded her range of activities by appearing in commercials, radio, and TV, writing, and working on media and artworks. Started solo activities in 2020.

Distribution URL: As soon as distribution j, it will be announced on the youtube summary column and Emi Satellite’s SNS, etc.