Music Interview with Molice from Japan 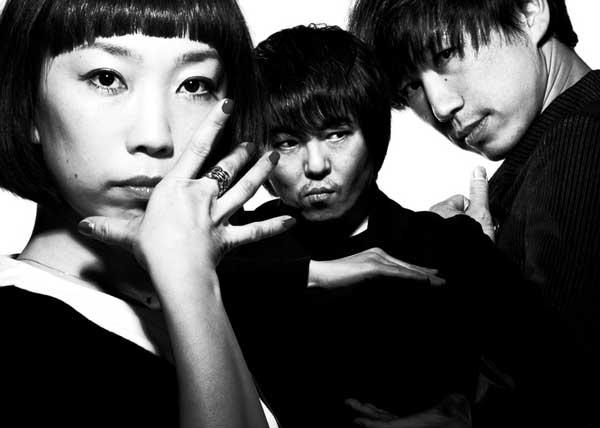 Molice is a female fronted band from Japan that formed in 2007 and quickly rose to the top of the indie scene. Molice draw upon the Police, the Pixies and movie soundtracks for their musical inspiration.

Molice is also into science fiction, so without further adieu, RiceburnerFM is pleased and proud to present …

The Voight-Kampff Empathy Test / Music Interview with MOLICE from Japan!

and they were kind enough to answers some questions via email.

RiceburnerFM: Talk about Molice’s creative process. Who does what and how is a song created?

Molice: Rinko: Rinko writes all the songs & lyrics. Sometimes Rinko arranges them, sometimes the other members do it. And sometimes the goddess of music does it for us.

RiceburnerFM: Your new release is NEUGRAVITY. Compare it to your earlier work (Doctor Ray 2008, Catalystrock 2010), how has Molice’s music evolved?

Molice: Rinko: We want to evolve every time we release an album and have definitely evolved this time. It is like we can fight old gravity and fly into space using neugravity! And audience will be able to see our new side. It is another side of MOLICE’s sound & music.

RiceburnerFM: In another interview (http://www.j-popworld.com/Interviews/Molice.php), Rinko infers that she is an alien. Rinko, would you consider yourself an alien in this world or in more realistic terms, an outsider to society? Does this outlook influence Molice’s music?

Molice: Rinko: Oh, Did I say that? Maybe it was the alien Rinko speaking that day. Today, the human Rinko is speaking. I am in society. I look at society in society and I am influenced by society, So society influences MOLICE.

RiceburnerFM: Molice has a new member … Kenji on bass, tell us about how this change affected the band.

RiceburnerFM: Describe your live shows in one word.

If you want to stay focused, listen to MOLICE songs!

RiceburnerFM: Molice is on the American record label Good Caramel based in Buffalo, New York. Is it easier to book gigs in Japan, if you are on a foreign music label?

Molice: Yuzuru: We’re really happy that we are on Good Charamel Records. It’s given us a lot of chances to spread our music in North America. We do get more gigs in Japan, but for different reasons.

RiceburnerFM: Americans mostly know about Japan from it’s pop culture. What can you tell us about the Japanese music scene that American fans of Japanese music don’t already know?

RiceburnerFM: Molice has played in the US (Anime Weekend Atlanta 2010), but when can American fans expect a full blown U.S. tour?

Molice: Rinko: It hasn’t been decided yet. But we have some offers. we will definitely tour the U.S. in the near future.

RiceburnerFM: Molice has gotten a lot of “buzz” worldwide, how do you stay focused on the music making and not let “the rock and roll lifestyle” get in the way?

Molice: Rinko: We always put our soul into our music when we start to play. There is no problem with losing our focus. If you want to stay focused, listen to MOLICE songs!

RiceburnerFM: The first anniversary of the Tohoku earthquake / Fukushima Daiichi nuclear disaster (03-11-2011) is quickly approaching, your thoughts on the tragedy and how can music help to heal the people of Japan?

Molice: Yuzuru: It was very terrible disaster and no one’s fault. We think it is the basic mentality of Japanese people to accept natural disasters. We need more ideas and all of Japan’s effort to solve the problem of recovery and the problem of nuclear power plants. Whenever a disaster occurs, music can always appeal to people’s emotions. But I don’t think we need music that is especially made for that situation. Because people should choose music that lifts their spirits for themselves. Music shouldn’t be provided like aid or supplies. The important thing we should focus on is to ease the suffering of people who now can’t even listen to music. We believe music can reawaken the energy in people.

RiceburnerFM thanks Molice for answering these questions and band manager / honorary member Tom Melesky for providing the translations. Molice’s new album, Neugravity will be released on 04/18/2012 and RiceburnerFM will have a review.