the following music related press release is not from RiceburnerFM … 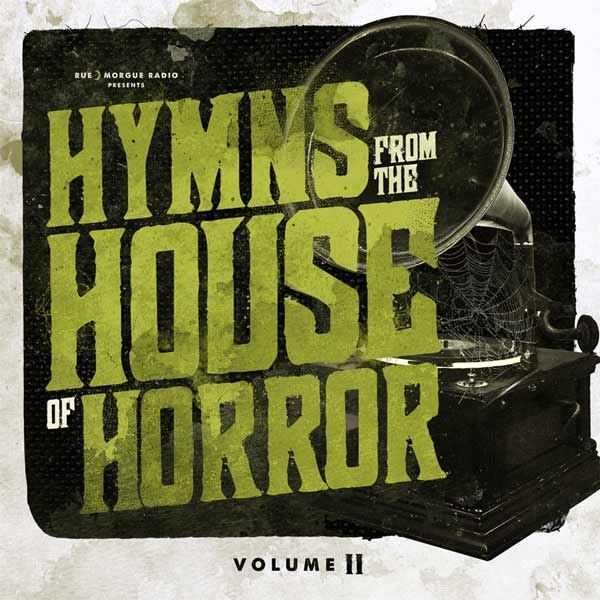 Toronto, CANADA – Do you have an ear for fear? RUE MORGUE RADIO, the world’s premiere horror in culture and entertainment broadcast, returns this week with HYMNS FROM THE HOUSE OF HORROR VOL. II, an all-new free downloadable music compilation featuring 80 minutes of exclusive tracks, previously unreleased oddities, sneak peeks and killer cuts from the cream of the horror music crop, including GWAR, The Other, Blood Ceremony, Timber Timbre, Calabrese, The Brains and 14 others. Hymns From the House of Horror Vol. II will be released exclusively through www.Rue-Morgue.com and available for a limited time from May 1 thru July 31, 2011.

“With the success of the first Hymns comp under our belt, we were really able to attract some of the horror genre’s biggest bands this time around,” explains RM’s Associate Editor, Trevor Tuminski. “If you’re a horror fan, you owe it to yourself to discover some bands that I guarantee will be your new favourites, not to mention that a lot of these songs are previously unreleased and not available anywhere else.”

This Sunday, May 1, at 12:01 a.m., listeners will be able to check out the bands, link to their websites and download the entire Hymns from the House of Horror Vol. II compilation free, complete with printable album artwork and original grindhouse movie trailers created by staffers.

Readers of Rue Morgue magazine will also be able to access a four-page feature article spotlighting each of the contributing artists and bands, exploring the origins of each track’s conception, in Rue Morgue Issue #111 May 2011 featuring a cover story on cult filmmaker John Waters.

Hymns From the House of Horror Vol. II tracklisting:

Review of Hymns from the House of Horror Vol.1